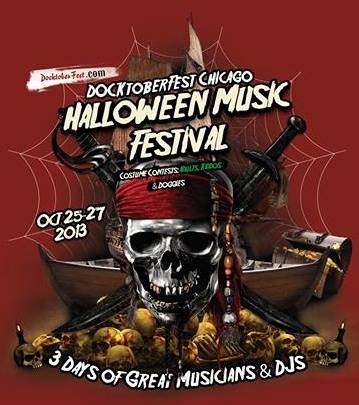 With so many events and festivals in today’s marketplace, festivals are facing a major problem with stagnation. Brands have a prime-time opportunity to influence their Fans with new and exciting experiential events that will offer a lasting memory while offering current events and festivals something relevant and interesting to live’n up the old faithful. Everyone wins!

From the beach volleyball-basketball-tennis courts and softball fields, we pied-pipered our Fan base to retail sponsors that supported our beverage partners by hosting t-shirt distribution night and running a Nerf knee volleyball tournament in multiple area bar/restaurants. An average of 250 fans turned out per retail location for the post sports brand promotion. Branded specials with coupons were offered for all as well as Nerf event winners received branded beach coolers. Brands and retailers were happy, sharing an increase of brand sales during the time our Fans were onsite during the promotional event and post the event through the end of our scheduled term. End result, the retail sponsors renewed.

We created our “Pop-A-Shot” for charity event that toured (4-6) of the largest Chicago northside summer street festivals with an average of 18,000 attendees. The design of the activation having in-festival Fans shooting baskets for a championship t-shirt with their fees going to local charities. Fans paid $2 per chance at earning a sample or branded championship t-shirt. The branded shirt artwork design was desired and “cool”. Fans earned  product samples if less than 5 of 5 baskets were made. Everyone was a winner at every level.  Fans shared favorable appreciation delivered through
commentary notes and onsite survey. Fest organizers appreciated the amount of Fans that participated, the length of time they spent at our event, and rewarded us with more space, contributions, and cost reductions in future years. Our costs were minimized because we owned all the sports and event equipment. Staffing came from our annual accredited summer internship program. We would raise an average of $6200-$7500 per fest for charity.

We hosted and produced Chicago’s first Live Beach Concert
combined with our Beach Volleyball Championships on North Avenue Beach. Our sponsors desired an Olympic feel tied to sand volleyball and music with hospitality reaching their targeted audience of 17-34. We invited a well-known Volleyball Olympian to host a sand volleyball clinic with high school aged youngsters mixed with adults; hosted a men’s and women’s volleyball tournament; and invited 5 well known local bands to our showcase which drew a youthful Fan base to the event. We distributed 10,000 samples of product to Fans in attendance. We accomplished what no one ever attempted, hosting a live music event in Chicago. Our sponsor brands were thrilled with location, the attendance, distribution numbers, and received positive feedback from the brand’s clients enjoying our onsite hospitality.

Our client was one of the leading boat charter companies in Chicago. We created a plan to brand a boat and add an entertainment attraction to gain notoriety while entering one of Chicago’s largest outdoor

spectator events in the Venetian Boat Parade. It was reported by Mayor’s Office of Special Events that the event had upwards of 2 million spectators annually. The parade is both an entertainment concept along with a contest. Boats could showcase imagery, sound, and participant performance based upon a pre-announced parade theme. PA Announcements and boat theme presentations were made for the crowd to hear, along with the crowd witnessing the boat as it passed around the harbor for all to see. We used the Music Man Theme, an authentic barbershop quartet, and a professional sound engineer and captain to pilot the boat.

The results were that our client received radio mentions, newspaper mentions and 2 million spectators saw the brand name on the boat. At the client’s request, we continued the program for a few more years.

Our client was one of the leading hat makers in Louisville, Kentucky. She desired a pre-Derby promotion that generated social media buzz and photos for future promotions. We created the idea of manly men dressed in elegant suits touring Louisville’s most visible restaurant and hotel establishments traveling by luxury yacht. We drove our beautiful Formula Yacht to Captain’s Quarters which hosted “Lady’s Night” in Prospect, KY and then cruised the Ohio River further to Downtown Louisville and hit several hotels where noted pre-Derby conventions and parties were. The plan worked perfectly to the point of selling her couture on the spot. The promotions generated great crowd and social media buzz, many laughs, and photos for her to use online and in other lead-in promotions.

We created Docktoberfest on behalf of River City Marina Condominium Association in Chicago. The purpose was to expose the hidden marina and its benefits to their neighborhood with a fun 3-day all-ages music festival. The marina was located in South Loop and surrounded by 26

universities. The fest was scheduled during Halloween weekend incorporating a variety of music genres, local artists, and restaurants that would appeal to the surrounding community. We hired 24 of the nation’s best underground EDM stars and hot local original-music Chicago bands to join us for a fun filled weekend. We designed and managed every aspect of the event including sponsorship sales, vendor recruitment, hired the equipment companies, dealt with city permits, trained staff and volunteers to serve the event, obtained all the permits including the liquor licensing and implemented all alcoholic and non-alcohlic beverage sales and operations, and much more… Neighborhood attendees joined in costumes. The costume contest activation was fun for all with the winners posing in front of one of the EDM artists works. Groups of college students took turns posing in front of the artworks with EDM stars and bands as they were made. The music artists were inspired by our charity partner in Key-4-Kids. Keys-4-Kids had placed 4 artist

painted pianos throughout the fest to encourage music education. Music artists naturally played the pianos and would draw festival children to them to join in. It was a great activation within our activation event.

The results of the festival’s activation generated 12% more new marina boat slip leases and slip lease renewals from neighborhood boaters. Attendees continue to reference the festival in a positive manner during community meetings and activities invigorating the marina’s brand in public forums.